The Vienna Konzerthaus joined the MIR development at a very early stage, allowing for the exploration and enhancement of the hitherto unknown approach to orchestral music. The Vienna Symphonic Library is proud to offer all the famous halls of this unique building in virtual form, resulting from weeks of recording within these rooms. We want to take the chance once again to express our deepest gratitude to the Vienna Konzerthaus staff, and most of all to Mr. Heinz Repper, their former technical director.

Vienna MIR would not be what it is now without their anticipation, patience, and generosity.

The Vienna Konzerthaus is one of the largest and most artistically progressive institutions in international musical life. During the course of a season, which extends from September to June, some 750 wide-ranging events take place and more than 600,000 visitors can listen to around 2,500 different compositions. With this comprehensive and varied selection, the Vienna Konzerthaus - together with the Vienna State Opera House and the Musikverein - is central to Vienna's reputation as one of the world's leading music capitals.

From its earliest days, the Vienna Konzerthaus has held the highest cultural aims and artistic mission: «To act as a venue for the cultivation of fine music, as a meeting point for artistic endeavour, as a home for music and a cultural centre for Vienna». It was in this spirit that the Konzerthaus was inaugurated on 19 October 1913 with a festive concert attended by Emperor Francis Joseph I. To mark the occasion, Richard Strauss wrote the "Festliches Präludium op. 61", which was followed by Beethoven's Ninth Symphony. This programme combination, comprising a contemporary work and a masterpiece from the past, served as a model for the Vienna Konzerthaus's future direction: today, too, an awareness of tradition and the joys of innovation form the main pillars of the Konzerthaus's artistic identity.

The Vienna Konzerthaus has always been open to new artistic influences, as well as endeavouring to satisfy the demands of tradition. With the passage of time, the nature and range of the events held in the Vienna Konzerthaus since 1913 have expanded, reflecting the changes in cultural and social life of the times.

The social upheavals and financial crises of the inter-war period left an indelible imprint on the Konzerthaus's artistic output, generating a wide range of cultural activities, which were pioneering in their time. In addition to its consistent attention to classical repertoire, the programmes of the Twenties and Thirties featured major premières, jazz and popular concerts, readings by famous writers, lectures on spiritualism, modern dance events, symposia, conferences, and world fencing and boxing championships.

The years between 1938 and 1945 were ones of cultural poverty. Under the destructive pressure of the National Socialist regime, the Konzerthaus was reduced to a propaganda and entertainment business which was robbed of its main artistic content.

After World War II, the Konzerthaus played an important role in reviving and renewing Austrian musical life and, in the following years, became the leading organiser of contemporary music in Austria and the most sought-after stage for international jazz in Vienna. The series of events created by the Konzerthaus left a decisive imprint on Viennese cultural life. Since then, early music, jazz and new music have featured prominently within the Konzerthaus's programme, contributing to a celebration of classical music in its entire range.

The unique atmosphere of the Vienna Konzerthaus not only attracts artists from the international music scene, but also forms the setting for numerous other social events such as balls, conferences, dinners, company presentations and festivities. The Konzerthaus's experience of hosting a wide variety of events extends back to the Twenties. With its most recent major renovation (1998-2001), the historic building is now well-equipped to meet the challenges of the third millennium.

When, in 1913, the Vienna Konzerthaus was officially opened after only two years in construction, it was one of the most modern buildings in the Danube Monarchy. Built by the renowned theatre architects Ferdinand Fellner and Hermann Helmer in co-operation with Ludwig Baumann, it set new standards for its architecture, visitor-friendly atmosphere, construction technology and modern facilities. The interior's design testified to the architects' wealth of experience. The entrance hall and staircases were specially constructed to allow a free flow of around 4,000 people, while the three halls - all of which are on the same level but are acoustically separated from each other - can be used individually, or together, for different events. The acoustics and atmosphere of the building lent themselves to a broad range of cultural events, while the buffet, café and three restaurants satisfied all the gastronomic and social claims of modern concert management. The spacious and comfortable atmosphere of the building, which constituted a novelty in Vienna's traditional musical life, delighted audiences and critics alike.

Architecturally the Konzerthaus presented a rare combination of Historism, Secessionism and Art Nouveau styles. The high quality of the building's construction made few alterations necessary in the course of the years and these were done in such a way as to largely retain the Konzerthaus's original state. The preservation of the building was also central to the complete overhaul which took place from 1998 to 2001. The historical structure was partly reconstructed and partly renovated, and the building was equipped with the latest technology and a fourth concert hall (the «New Hall»). Thanks to the careful and responsible treatment of its architectural heritage the Vienna Konzerthaus can today be regarded as one of the most modern concert houses in the world while retaining its historical roots.

People and Music - The Archive

The Wiener Konzerthausgesellschaft archive dates back to 1913, the year the Konzerthaus first opened. It documents the artistic, social and cultural political developments of one of the world's foremost concert halls. It concentrates particularly on the tensions between old and new, between tradition and the avant-garde. 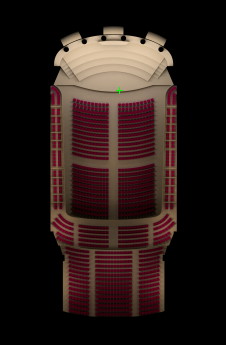 Built 1911-1913 according to plans by Ludwig Baumann, Ferdinand Fellner and Hermann Gottlieb Helmer. Home to world-famous orchestras, virtuoso soloists, renowned conductors and legendary jazz musicians, the Great Hall can accommodate an audience of 1,800 and offers the perfect venue for a wide variety of musical activity. The Great Hall has emerged from the major renovation with renewed splendour and, despite improvements in technical installation and audience comfort has continued to conserve its original elegance. Its unique atmosphere ideally lends itself to the broad range of artistic activities offered by the Vienna Konzerthaus. 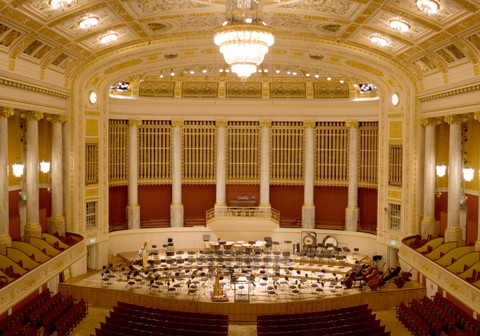 The Great Hall has acquired international fame as one of the best concert halls in the world, not least because of its Rieger organ with 116 stops. The list of people who performed here over the last 100 years reads like a who's who of music history, numerous important works had their world premiere here, and countless recordings were done in this hall. For its opening, Richard Strauss composed his "Festliches Präludium op. 61". Derived from several days of impulse response recordings, Vienna MIR now represents the hall from four typical microphone positions. Apart from the stage itself, it is possible to play on the organ gallery, the so-called "Angels' Choir" (about 17 meters above the stage), the two proscenium loges and three selected places on the balcony. 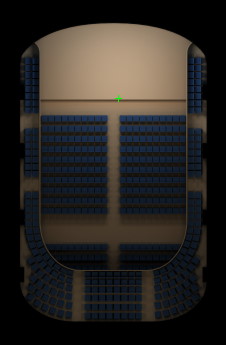 For many artists and music lovers this incomparable room is simply the best chamber music hall in the world. Open and relaxing, welcoming and intimate, with its incomparable appeal, the Mozart Hall constitutes a jewel of international musical life. The perfect setting for all types of chamber music, from lute and Lieder recitals to string quartets and chamber orchestras, it can accommodate an audience of around 700 - an ideal size in which to experience the intimacy of chamber music and recital performances. 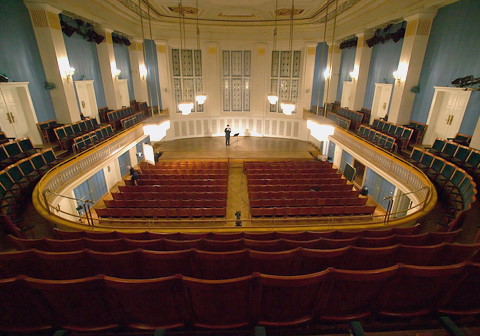 The Mozart Hall enjoys world-wide acclaim on account of its unique acoustics. This distinction makes it a top favourite with leading ensembles and soloists - as well as a popular venue for recordings. 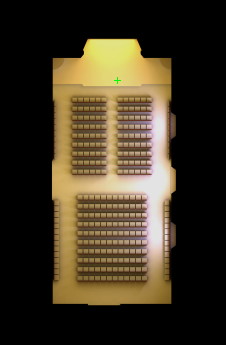 This is the smallest of the Vienna Konzerthaus' "classical" halls, mainly used for chamber music and solo concerts. With its festive character, the Schubertsaal presents the perfect model of a music salon, the restored use of the windows follwing the renovation having returned the room to its elegant, airy appearance. 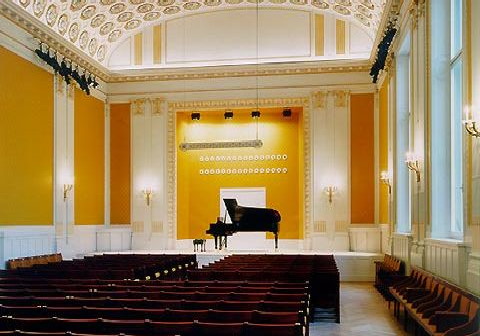 Equipped with around 330 seats, it lends itself to a wide range of chamber-music concerts, as well as to receptions, dinners and lectures. It is home to the popular lunchtime concert series, as well as to events which enable promising young musicians to experience a professional concert stage. Many a musical career has been launched in the Schubert Hall of the Vienna Konzerthaus. 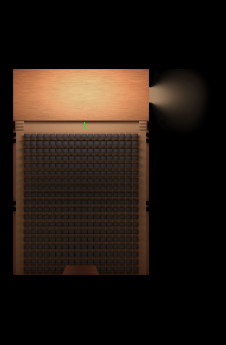 With the aim to do justice to contemporary musical trends, a new concert hall was built in the basement during the house's general renovation from 1998 to 2001 - a sound stage with flexible podiums and movable acoustic modules as well as modern electro-acoustic and lighting equipment. With a dedicated control room attached to it, the New Hall perfectly serves the needs of a soundstage for state-of-the-art recording. But not only international contemporary music has found a new home here: As a hall of well-nigh limitless possibilities, it is equally suitable for workshops, recording and rehearsals, artistic experiments and events of all kinds. 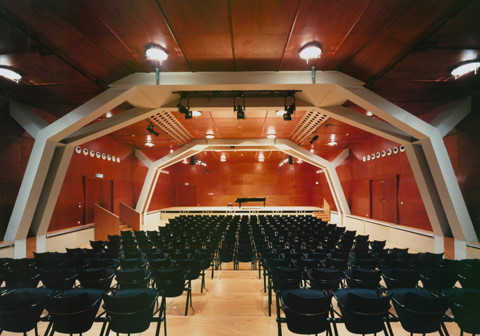 MIR represents the hall from four typical microphone positions. The chosen setting was that of a rather conventional stage situation. In addition to the stage, selected places at the auditorium's sides and rear can be employed; and to round it off, there is a position "out there in the aisle".

Built 1911-1913 according to plans by Ludwig Baumann, Ferdinand Fellner and Hermann Gottlieb Helmer. The Foyer contains lots of marble and mirrors, and although it wasn't originally intended as a concert space, its magnificent acoustics with 6 seconds reverb are frequently used on special occasions, like the opening ceremonies of festivals or traditional society events. 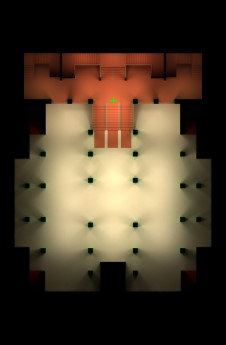 MIR represents the hall from four typical microphone positions. The chosen setting more or less is that of a conventional concert situation with the stairs as stage area. Selected places at the sides and behind the microphones can also be used. - The hindmost microphone can be regarded as "Beethoven's ear" because of its proximity to the famous statue. :-) 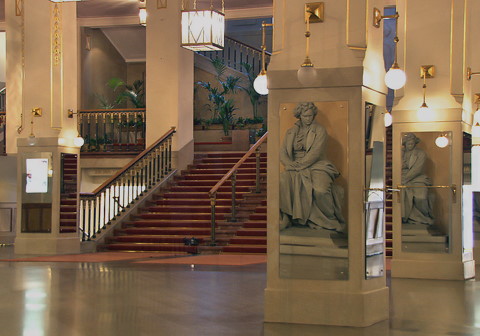