This C. Bechstein upright piano was built in Berlin Kreuzberg in the early 20th century. Its distinctive vintage character, owing to its generous proportion of resonating wood, was captured with a multi-microphone setup at Synchron Stage Vienna's Stage B.

The upright’s very smooth action allows the finest gradations from pianissimo to fortissimo. In the main playing range its sound is more reminiscent of a small concert grand than of an upright piano. With its clear and accurate tonal development it conveys the intimate atmosphere of a small concert hall. The instrument’s mid range is very pronounced and focused, while its ageless character clearly asserts itself in all registers. 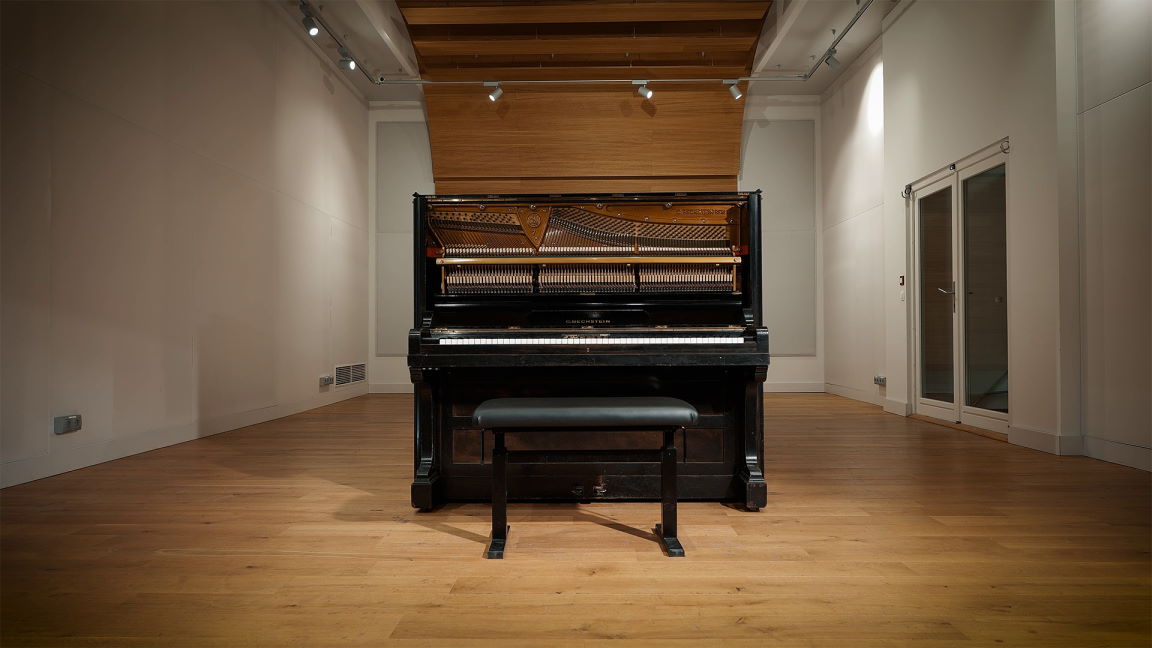 The instrument was recorded using 8 microphone positions. The Standard Library includes 4 of these sections, allowing you to integrate instruments recorded with a stereo Decca tree into your projects using our new Synchron Player software. Adding the Extended Library and thus getting the Full Library expands your possibilities to 5.1 surround and Auro 3D 9.1. 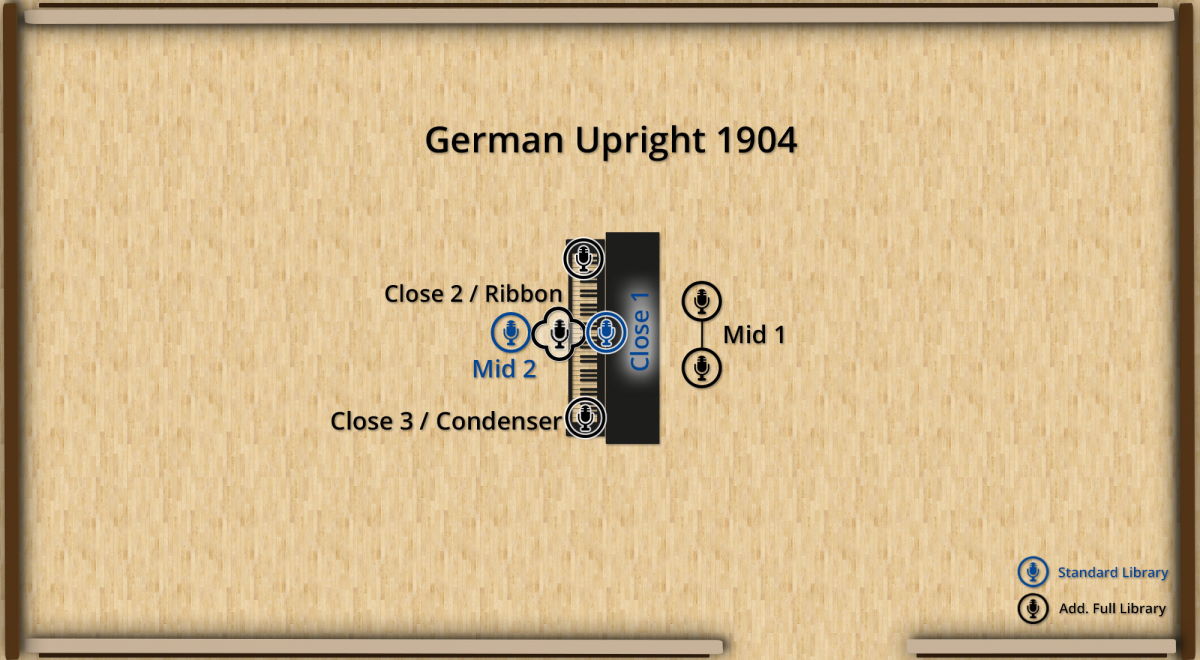 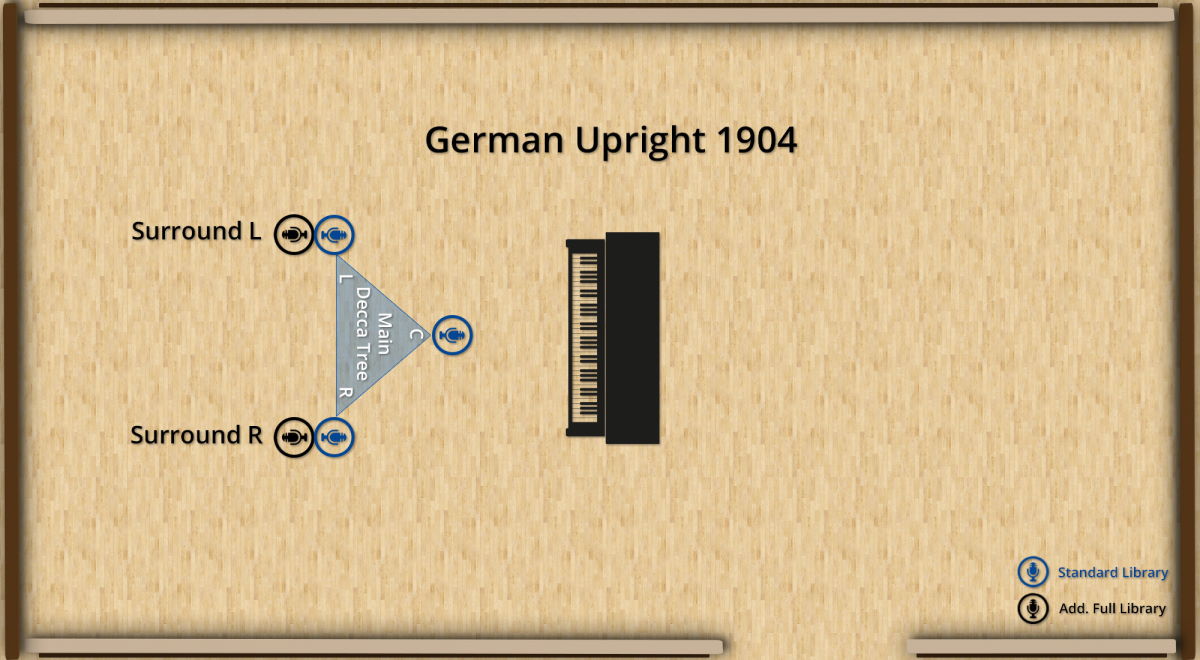 Brought to Stuttgart by pianoforte maker and dealer B. Klinkerfuss, Württemberg’s sole representative for C. Bechstein and J. Blüthner, the instrument has always been in residence with families in the Stuttgart area. It was played by pianist and film composer Mick Baumeister, co-creator of the Hornberg breath controller, at different stages of his life. The upright was owned by Martin Friz who taught a young Mick improvisation on this instrument. Decades later, Mick purchased the piano from German actor Holger Daemgen’s family, and – as he puts it – it never ceases to inspire him and to find “the truth”. 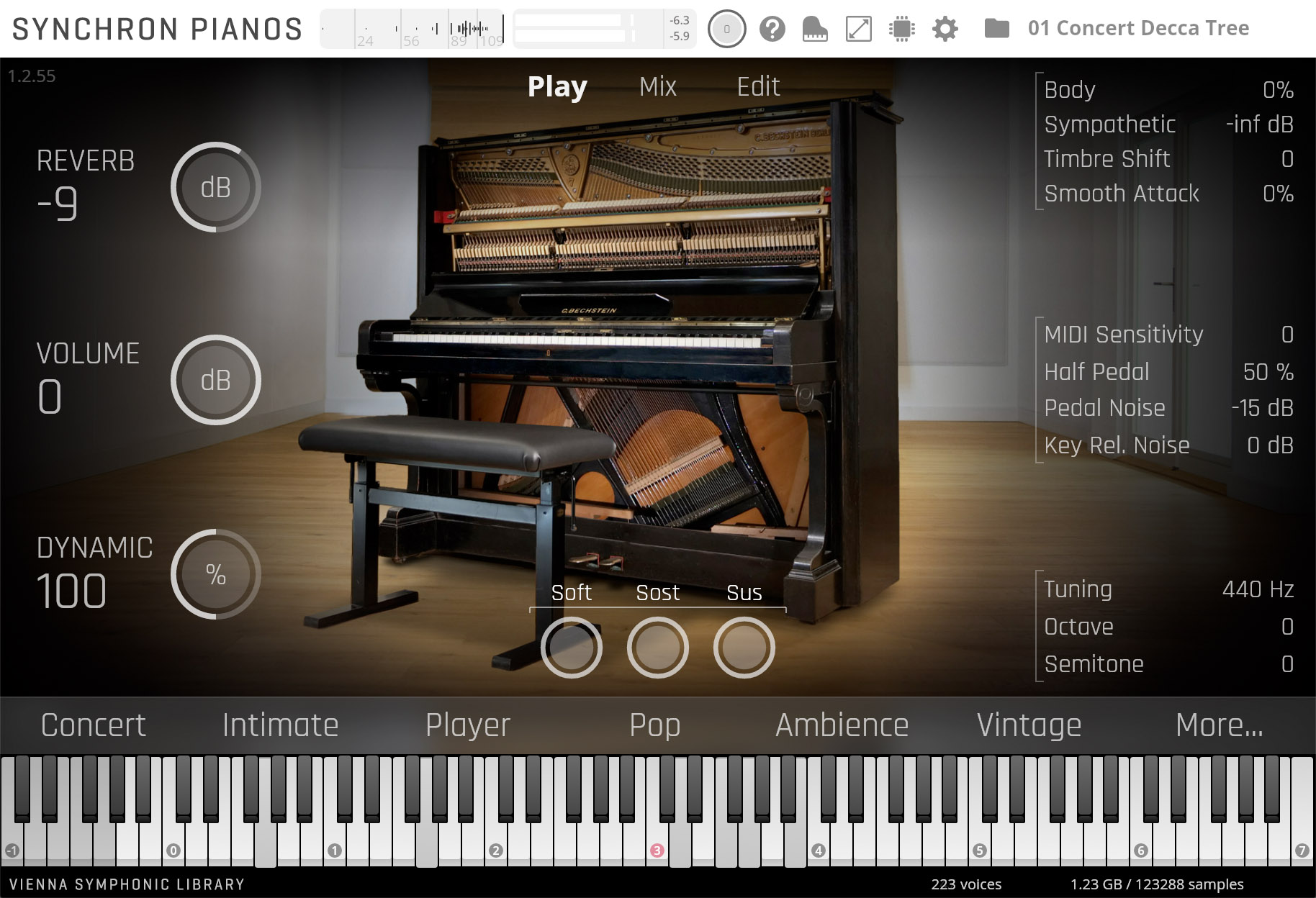 To capture the German Upright 1904 with all its subtleties, our engineers developed a highly precise motion-control system based on a solenoid that controls a noise-free "robot finger". The micro-controller moves the finger with super-human precision, providing flexible curvatures for down-strokes and release movements, the latter corresponding with the preceding note length and various release speeds.

In addition to the multitude of options from mixing various microphone signals, the German Upright 1904 comes with the free Vienna Synchron Pianos Software that offers multiple options for shaping your sound and your playing experience. Hosting a high-performance playback engine, the software provides a full-blown mixer with a broad range of effects such as EQ, compressor, saturator, algorithmic reverb, delay, chorus, flanger, rotary, and many more. Change the volume of body resonances, sympathetic strings and pedal noises right in the main Play window. In the Edit window you may even adjust EQ, volume, tuning, dynamic range, etc. for each individual key!