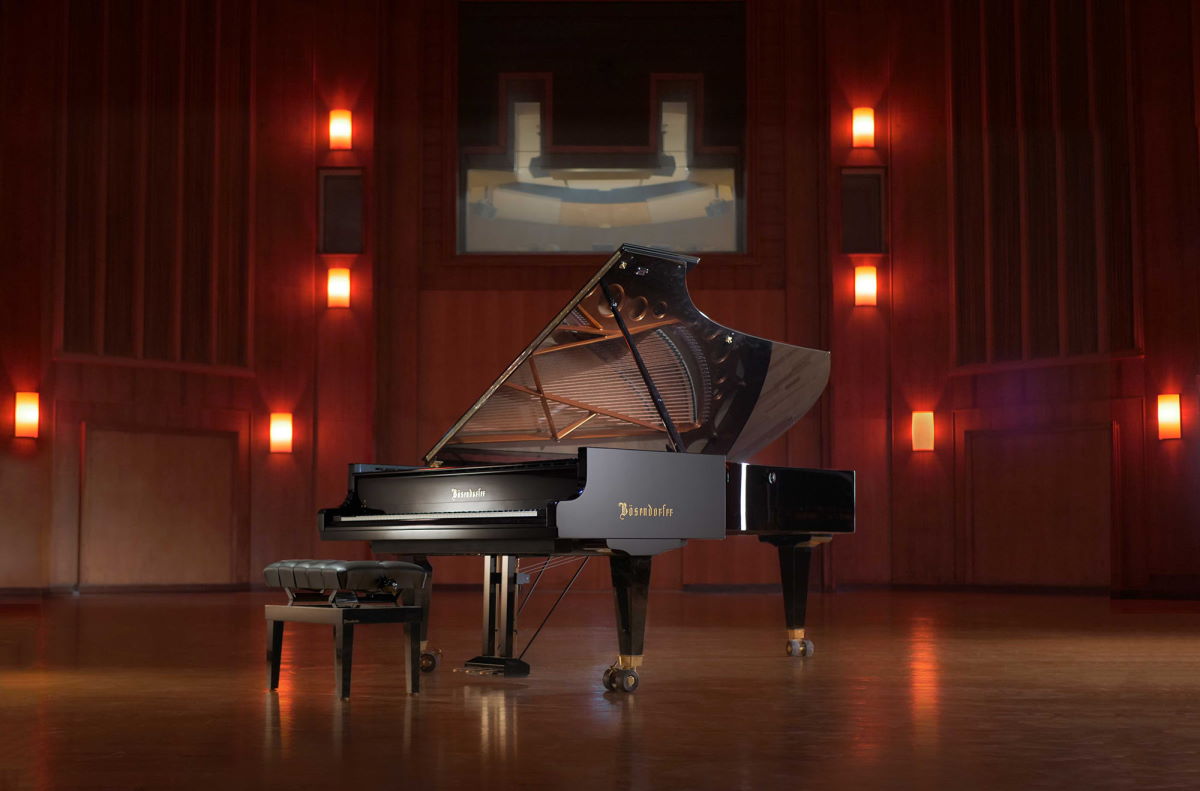 We're always striving to improve and optimize our products and procedures - a special challenge, having set a very high bar with the grands we've previously captured at Synchron Stage Vienna. Listening back to the virtual representation of our brand-new Bösendorfer Imperial, we believe we've created a new milestone in the art of piano sampling.

What's more, our proprietary Release Sample Technology was even further refined, allowing the Synchron Player to automatically match hundreds of individual and finely stepped release samples per key to your played notes in real-time. The result is a hyper-realistic playing feel and 100% timbral authenticity.

As with all the instruments of our Synchron Pianos series, this Bösendorfer 290 Imperial enjoys permanent, climate-controlled residency at Synchron Stage Vienna, whose main hall is characterized by its particularly warm and natural ambience. The 540 m2 Stage A has lent its acoustic signature to numerous international productions, from classical chamber music to international, large-scale orchestral film scores.

With over 4,000 samples per key and almost 20,000 samples per microphone position, the Bösendorfer Imperial boasts breathtaking authenticity. In order to capture this marvelous instrument in one of the best acoustic environments on the planet, our recording engineers used multiple high-end microphone arrays, affording an abundance of options for creating your individual sound. 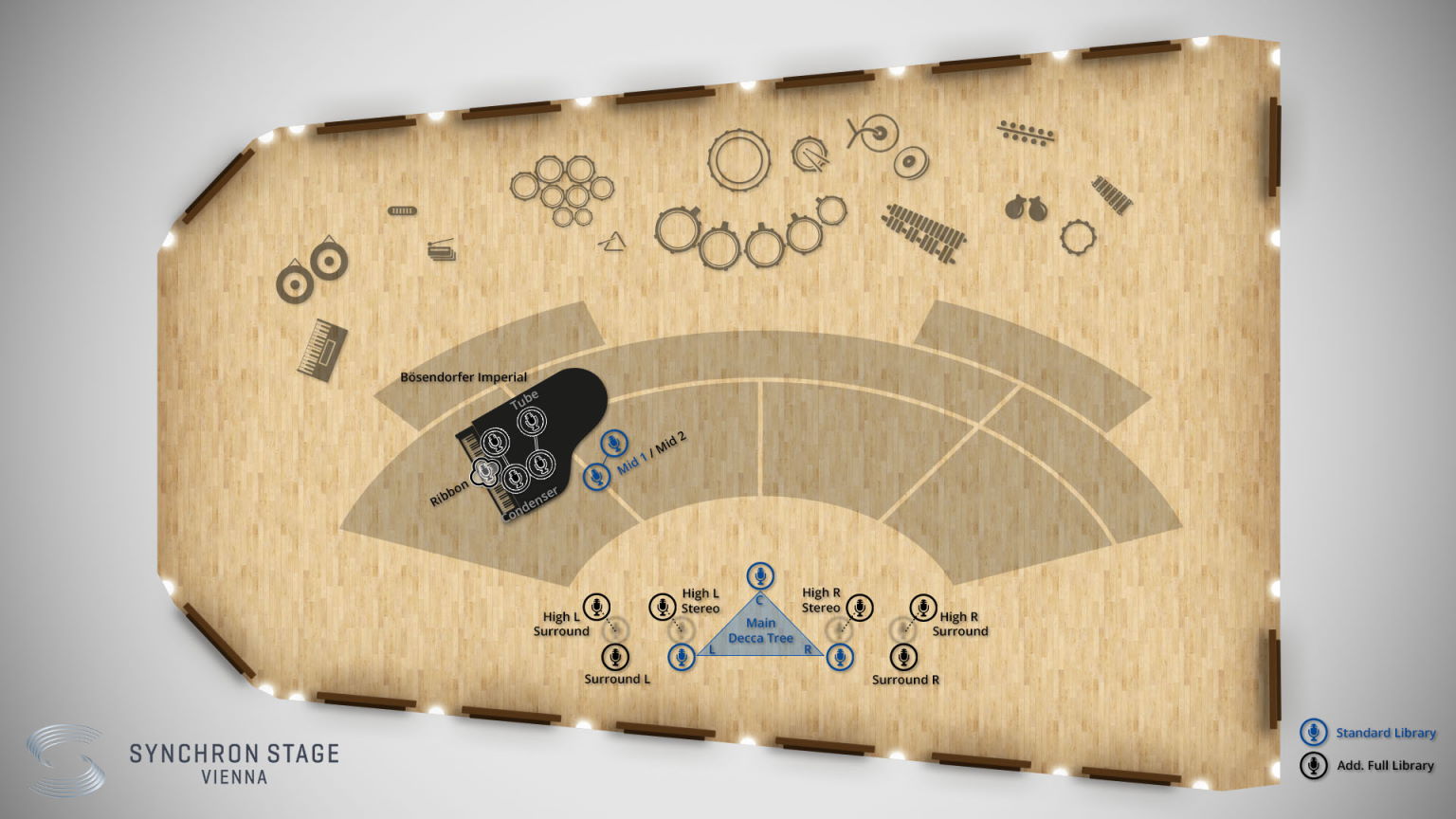 The Imperial's magically unfolding tonal character, especially apparent in the pianissimo to mezzoforte range, was meticulously sampled in finely calibrated velocity steps using our proprietary piano robot that we've further developed and perfected. To guarantee a consistent sound over all keys, velocities and note lengths, the total recording production time was scheduled as tightly as possible to minimize even the smallest changes in the instrument's sonic behavior. A sufficient block of time was reserved at the Synchron Stage, but after recording nearly 24 hours a day it still took several weeks to capture the 290 Imperial in its entirety. 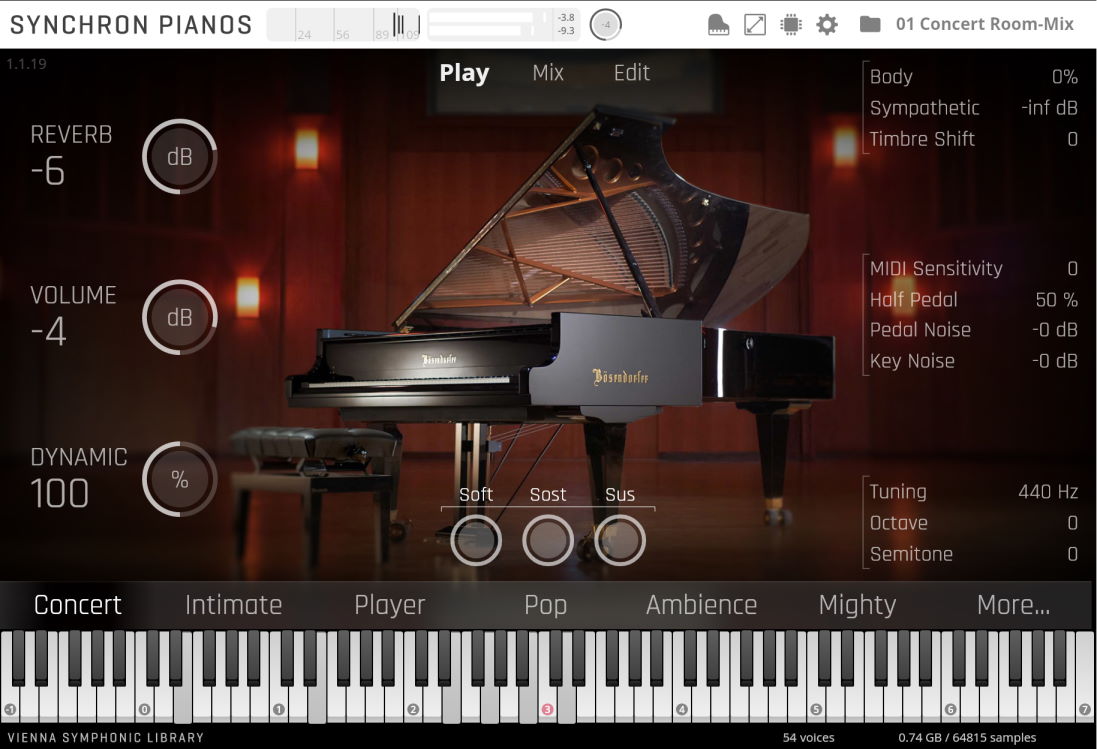 To capture the Bösendorfer Imperial with all its subtleties, our engineers developed a highly precise motion-control system based on a solenoid that controls a noise-free "robot finger". The micro-controller moves the finger with super-human precision, providing flexible curvatures for down-strokes and release movements. The MIDI controlled system delivers more than 100 velocities and various release samples, depending on the preceding note length and various release speeds. 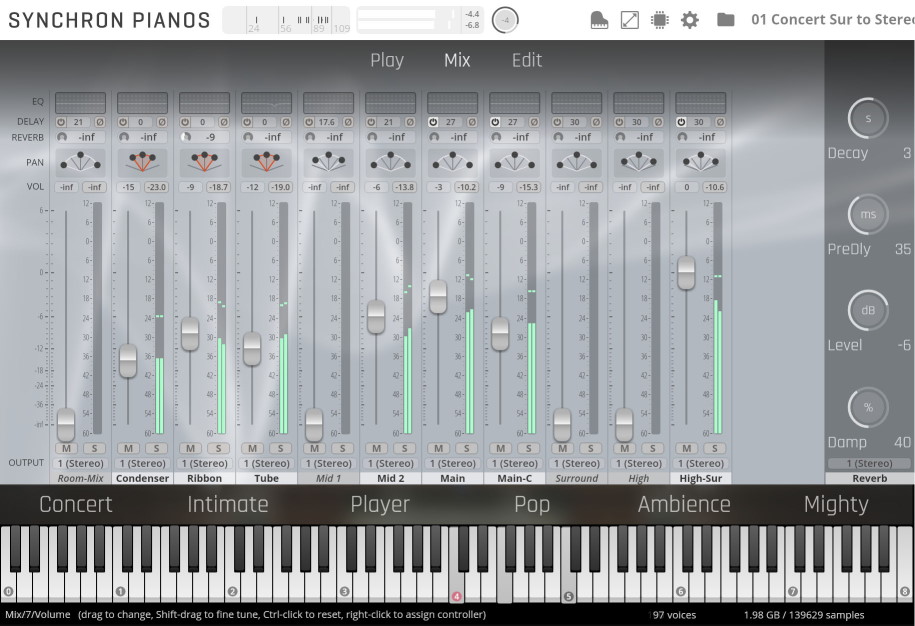