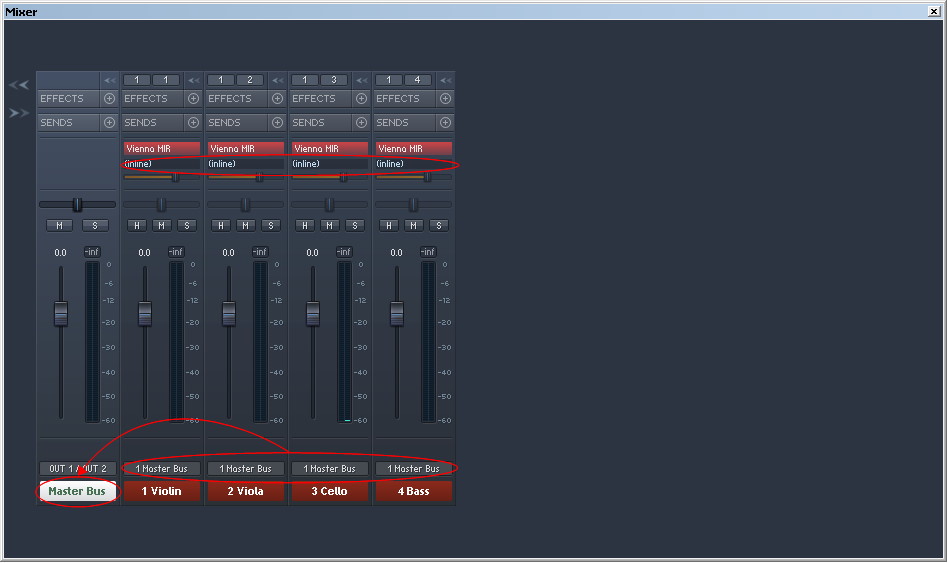 This straightforward method will do for the majority of projects.

All Vienna Instruments (or 3rd-party virtual instruments) are hosted by VE Pro directly. Each instrument is connected to MIR Pro individually. MIR Pro sends back the complete spatialized signal resulting from its processing directly to the instrument's channel: The notion "inline" in the MIR Pro plug-in's routing panel indicates that both the instrument's readily placed dry signal and the resulting room information derived from the chosen MIR Venue are managed by each channel. – This is the default mode.

The routing panel may be hidden for less screen clutter (right-click context menu).

All signals are routed to a single master bus, which is assigned to physical outputs (which may be a sound card or a VE Pro Server connection, depending on your system).

The channel's Balance fader will be deactivated (and grayed out) as soon as a channel is connected with MIR Pro.

In general it's a good idea to get rid of all Panners as soon as you work with MIR Pro; in VE Pro, they can easily be deleted (and re-instantiated) like any other plug-in. 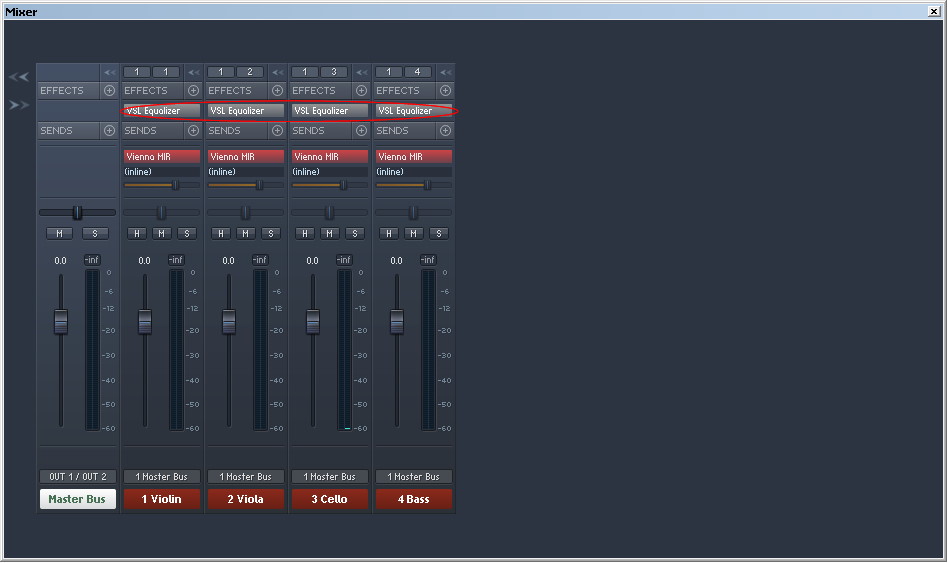 VE Pro's channels process the audio signal step by step from top to bottom. This means that any processing applied from plug-ins above the MIR Pro plug-in will consequently only affect the dry, unpanned signal before it is sent into MIR Pro. 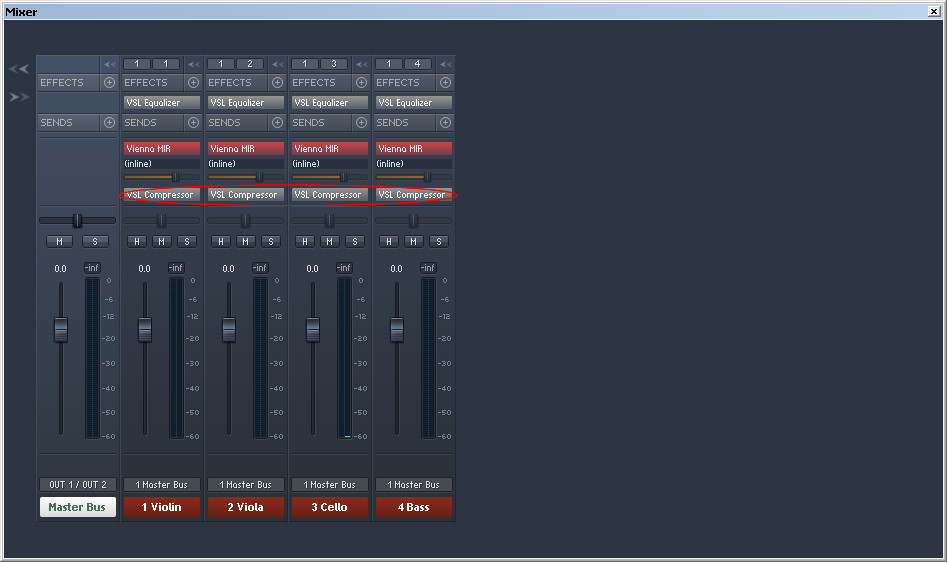 Built upon the example given on the previous page, processing may also be applied after MIR Pro. Plug-ins in this position will consequently affect the panned and reverberated mixture of the dry and wet signals.

Plug-ins may be dragged to any position within a VE Pro channel, as well as moved or copied to another channel. This is also true for the MIR Pro plug-in itself, of course. 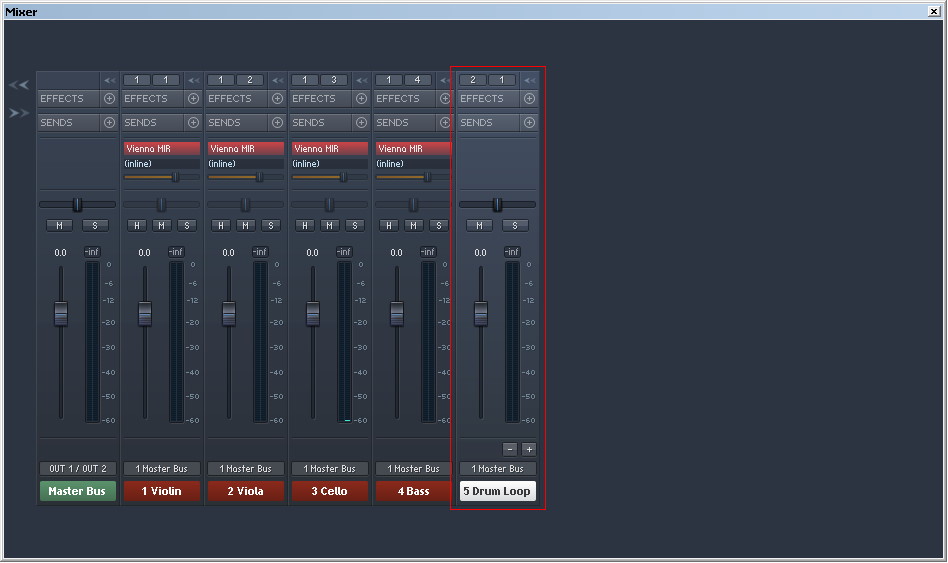 Single channels can be excluded from any MIR processing by simply not connecting them to the actual MIR Pro engine. If the MIR Pro plug-in was already instantiated automatically, simply delete it with the help of the context menu. 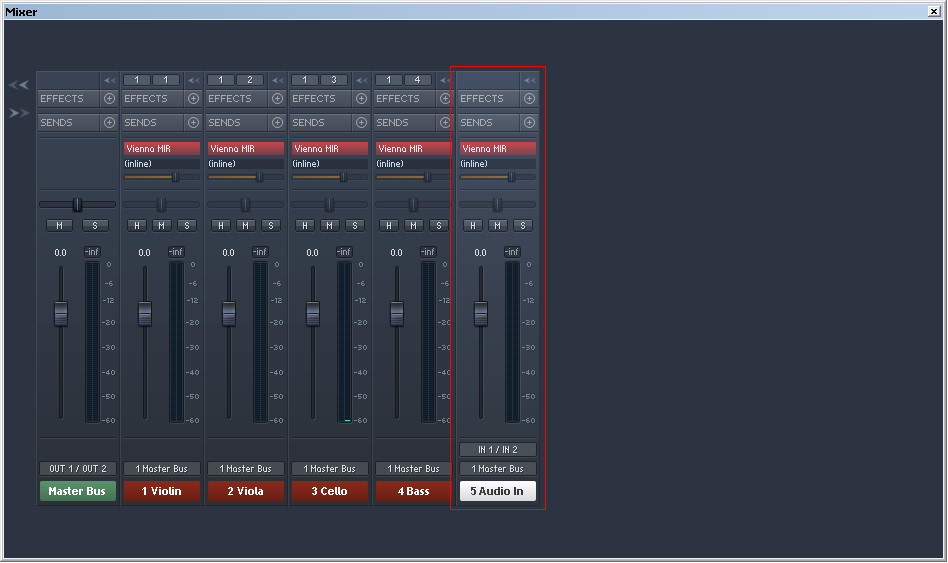 Any channel type may be added to MIR Pro with the help of the MIR Pro plug-in.

In this case, an audio-channel (which receives its signal from VE Pro's audio-inputs 1 and 2) is used for further processing in MIR Pro.

You will have to instantiate an audio connection from your DAW to VE Pro first (please refer to VE Pro's manual for details).

Any signal source other than Vienna Instruments / Pro should be used with a "General Purpose Directivity Profile" within MIR Pro, otherwise the results will be unpredictable. (… please consult MIR Pro's manual for a detailed discussion of the concept of "Instrument Profiles".) 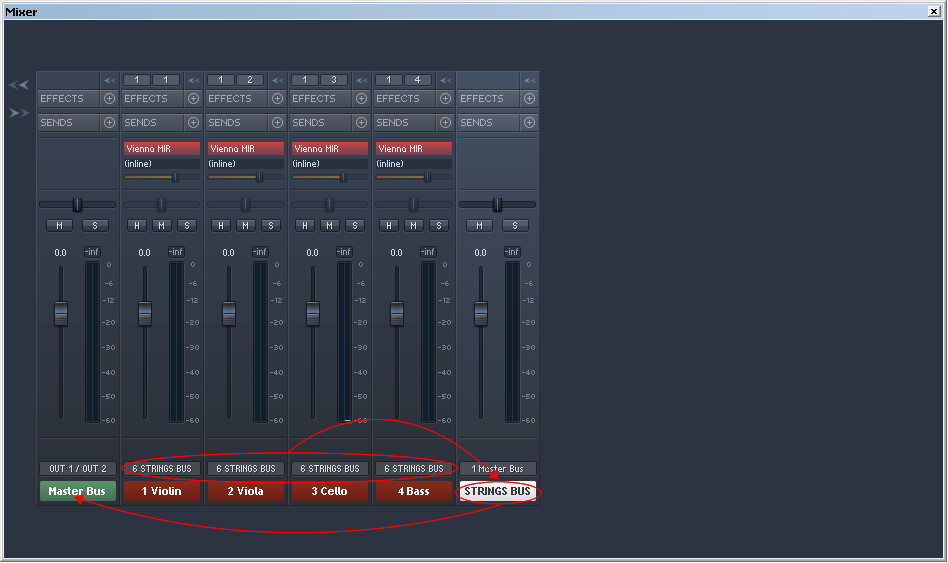 All channels may be sub-mixed in Busses before routing them to the actual Master Bus. Bus Channels can be added and used like any other channel type.

Make sure that the bus channel is not connected to MIR Pro – otherwise the results will most certainly not be what you're after. 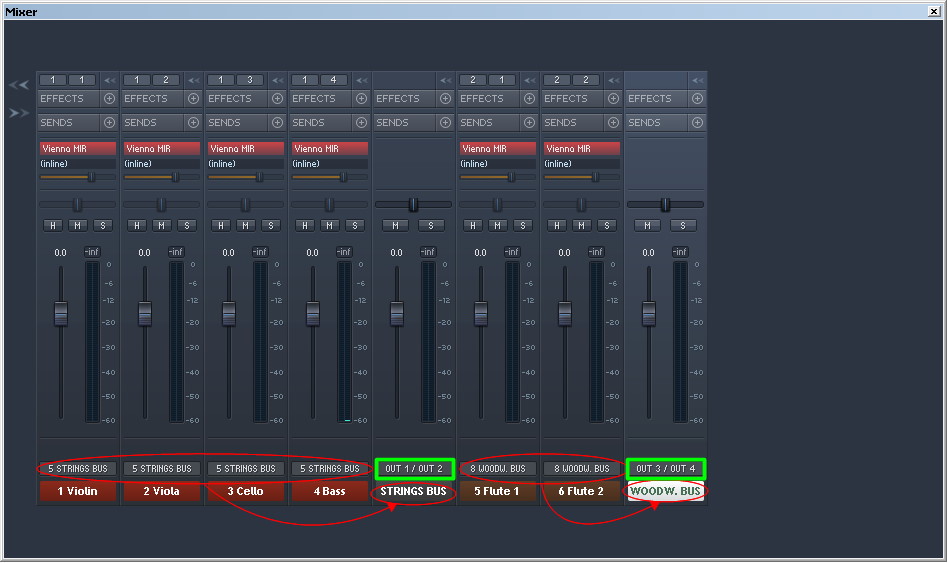 Taking the aforementioned concept of submixing one step further, it's of course also possible to connect busses directly to individual physical outputs.

A typical scenario would be a project that has to be mixed in "stems" for more flexibility in post-production.

In a very similar vein, but for different reasons, it's possible to separate the (readily positioned) dry and wet signals derived from MIR Pro.

Click on the routing selection pull-down right below the MIR Pro plug-in's title bar and assign its output to a dedicated channel.

The original instrument channel will now only contain the MIR-positioned, but otherwise dry signal.

A more advanced example which makes use of MIR's wet-signal send faders will be given later. 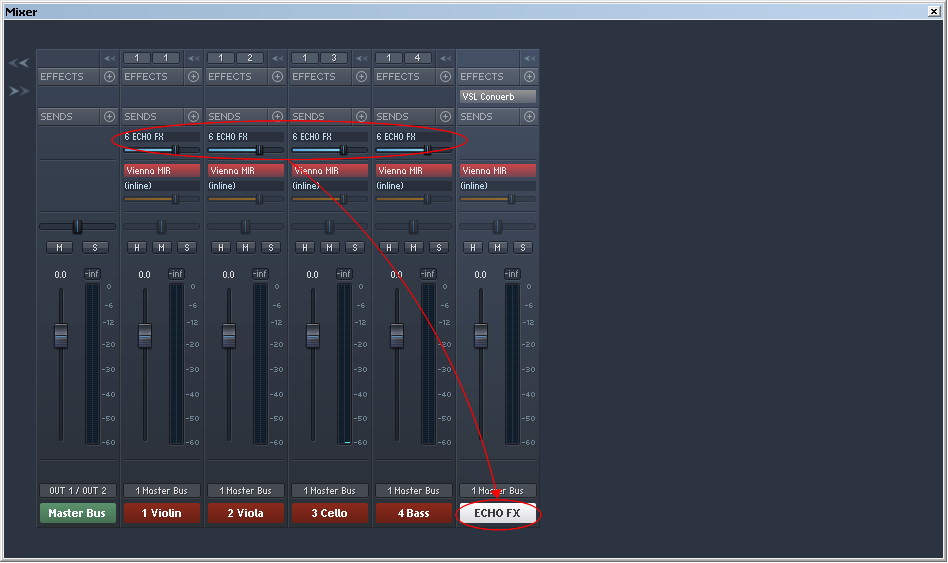 Much like the insert plug-ins mentioned a few pages above, effect sends may be opened before or after MIR Pro.

In this example, all Vienna Instruments send a certain amount of their dry, unpanned signals to a bus channel with an FX processor instantiated as its insert. The resulting effect is then sent into a dedicated MIR Icon for an enhanced spatial impression. (… it's advisable to use one of the "General Purpose Instrument Profiles" for that.) 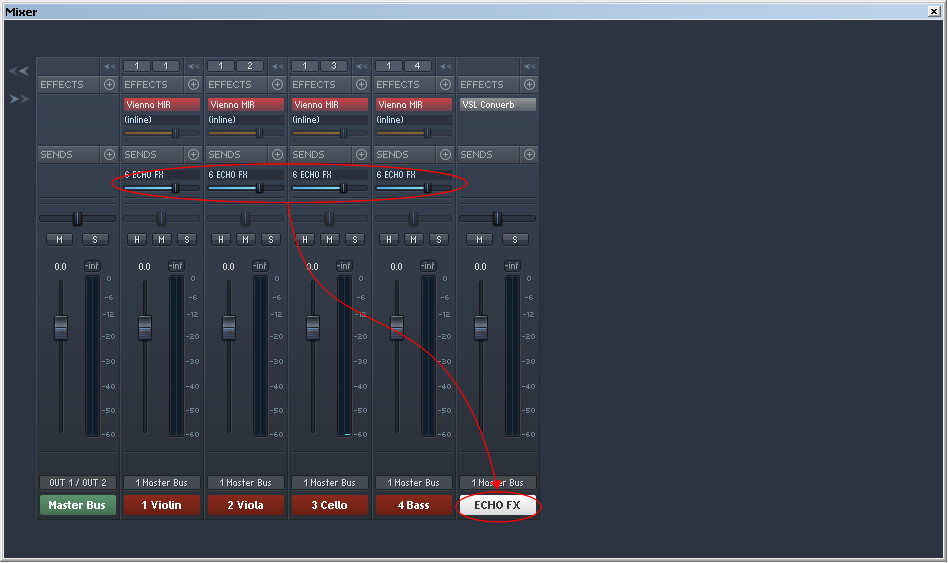 At first glance, this example might seem to be almost the same as the one presented on the previous page.

In fact, the main difference is that the effect sends are gathered from the MIR Pro processed signals. De-pending on the chosen effect algorithms, the audible results will differ considerably from the one achieved by the previous routing concept.

As always, the actual choice will depend a lot on the context (and on personal taste, of course).