The Yamaha CFX is a beautiful hand-crafted, full size 275 cm (9') concert grand that represents the pinnacle of the manufacturer's tradition of piano crafting. We captured this beauty in the marvellous enviroment of Stage A of our newly refurbished scoring stage, Synchron Stage Vienna. Our very own instrument is equipped with Yamaha's award-winning performance reproducing system "Disklavier ENSPIRE PRO" that guaranteed utmost precision, resolution and consistency during the entire recording process. 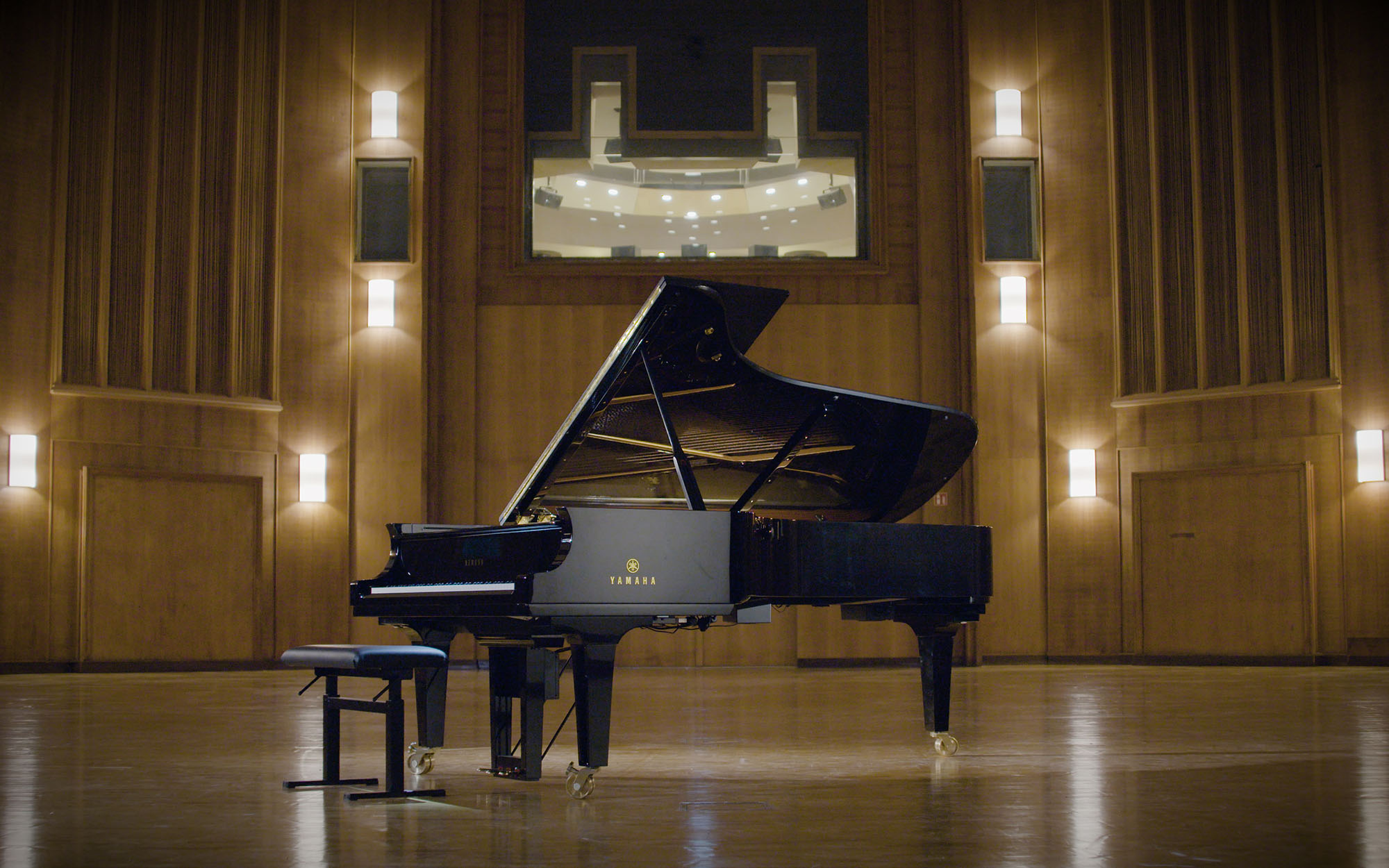 The Yamaha CFX grand offers a wide palette of expressive tonal colors, eliciting dramatic intensity and the most subtle nuances. Its distinctive sound can be characterized as precise, bright, clear, powerful and assertive, lending itself to any genre of classical, romantic or contemporary piano music and from solo pieces to chamber and concert works. What's more, Yamaha CFX grand pianos are particularly at home with pop and jazz genres.

The virtual representation of this instrument incorporates our team's unbridled passion for the most natural sound paired with the best player experience.

The instrument was recorded using 9 microphone positions. The Standard Library includes 4 of these sections, allowing you to integrate instruments recorded with a stereo Decca tree into your projects using our new Synchron Player software. Adding the Extended Library and thus getting the Full Library expands your possibilities to 5.1 surround and Auro 3D 9.1.

Our Yamaha CFX grand is permanently stored at our refurbished recording facility Synchron Stage Vienna which is characterized by its particularly warm, intense, and natural ambience. Since its reopening in 2016, this 540 m2 hall has already left its acoustic signature on numerous international productions, from classical chamber music to large-scale orchestral film scores. Today it is considered one of the best recording stages in the world and is frequently booked by world renowned artists, producers and film studios.

With up to 4,200 samples per key, our Yamaha CFX boasts breathtaking authenticity. In order to capture this marvellous instrument in one of the best acoustic environments on the planet, we've used multiple high-end microphone arrays, giving you an abundance of options for creating your individual sound. 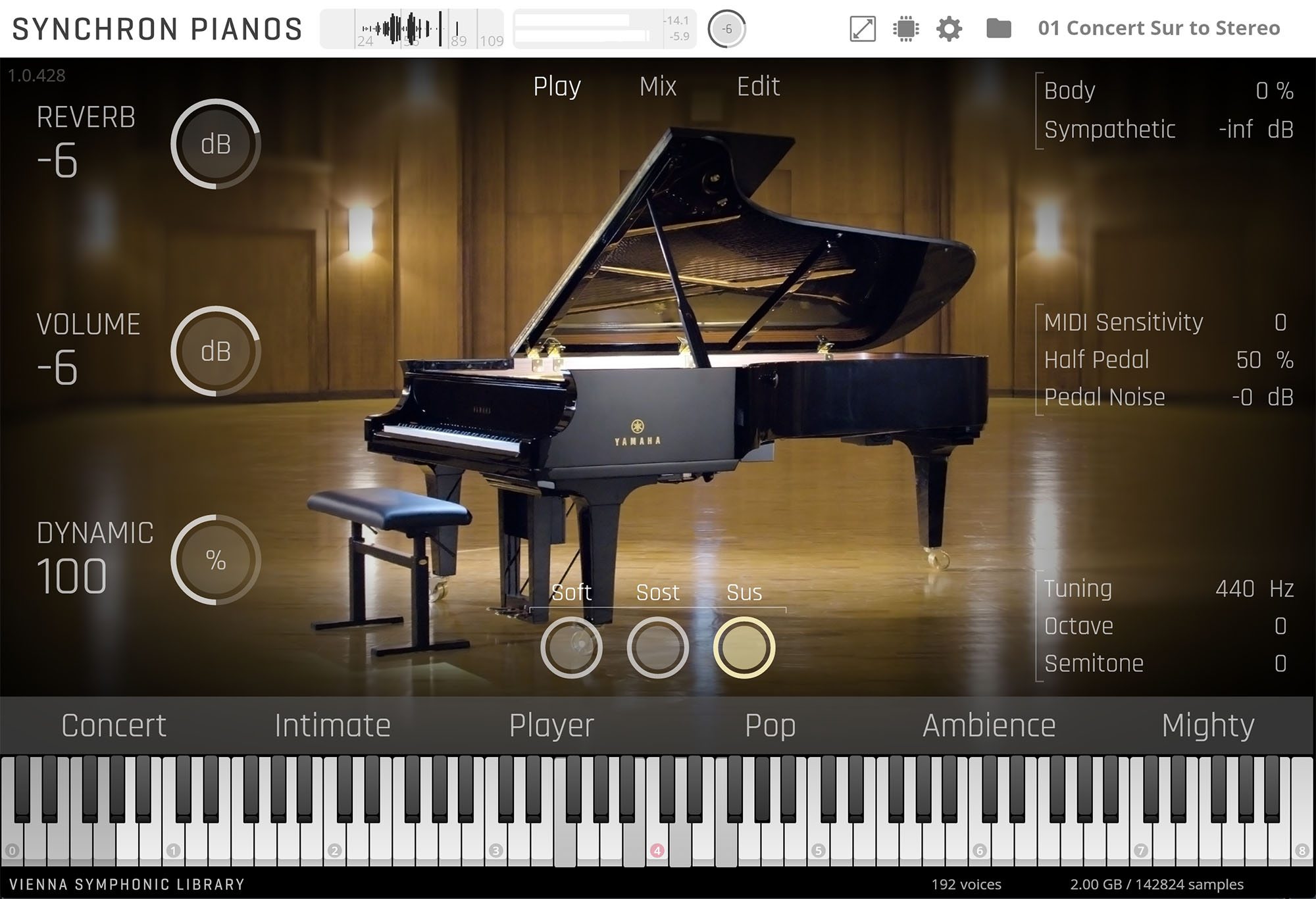 Capturing the notes with all the velocities and especially at various tone lengths with their subtle nuances is a major challenge in the art of piano sampling – and it's particularly tricky when recording the instrument with the ambience of a scoring stage. This is where our new Release Sample Technology comes in. We've developed a unique, proprietary technique that automatically matches up to 300 individual and finely grained release samples per key to your played notes. The result is a hyper-realistic playing feel and 100% timbral authenticity.

Apart from the multitude of options through mixing various microphone signals, our Yamaha CFX comes with an all-new, dedicated sample player that opens a whole new dimension for shaping your sound. Hosting a high-performance playback engine built from ground up, the software provides a musician-friendly user interface that allows for quick and easy timbral control. Create your sound intuitively by filtering particular key ranges or even single keys, adjust the body resonance of the instrument or add just a pinch of algorithmic reverb to refine the overall sound. 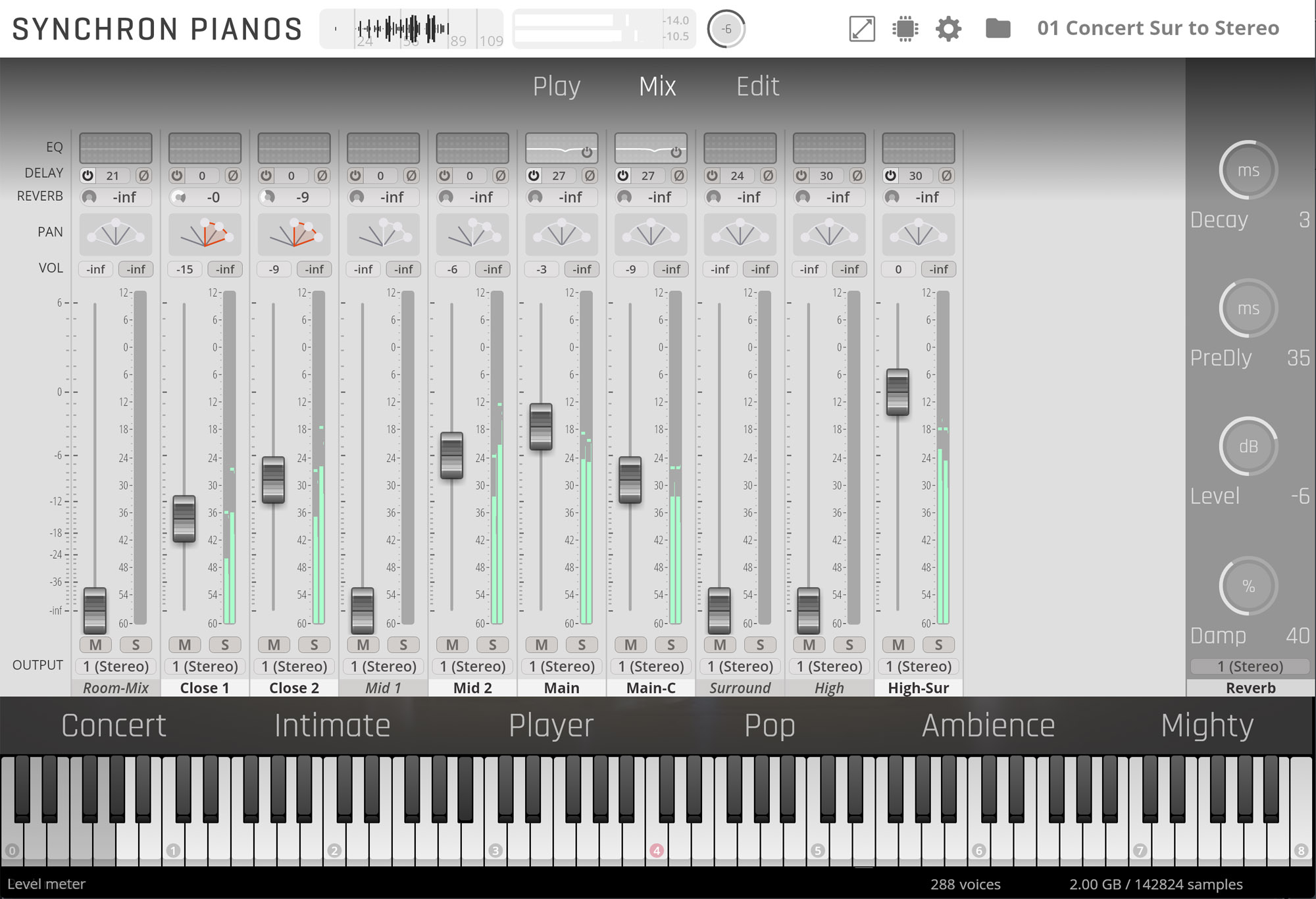 As evidenced by the huge amount of sample data, the recording phase of this Yamaha CFX grand piano project extended over several months, which demanded absolute consistency within the room and for the instrument itself. To protect the piano's environment and ensure reliable recordings, Synchron Stage Vienna's integrated system for heating, ventilation and air-conditioning (HVAC) provided very consistent climatic conditions throughout the entire recording process. Further, all samples were recorded using the instrument's integrated, computer controlled performance reproducing system. Its non-contact optical sensors detected every movement of all 88 keys (position, velocity and release velocity) and the pedals (including half-pedaling) with utmost precision, reproducing the most delicate nuances of a human performance. Additional hammer sensor feedback allowed for accurate reproduction of special playing techniques such as rapid note repetition and softly-played notes. What's more, over the course of several months, Vienna Symphonic Library team members were trained in preparing and tuning a grand piano accurately by Vienna's leading piano technicians in order to achieve absolutely consistent tuning and sound characteristics during the entire recording process. The impeccable result must really be heard (and played) to be appreciated!

Very similar to the Concert Preset, but centered in the room. Comes with EQ and panning adaptations. Ideal for solo performances.